Abstract: A panel from large-scale Animation and VFX studios to share insight to their challenges on how to balance between creating amazing visuals as well as given a tight production time frame. This group of industry experts would share their past problems, current and future issues they're experiencing, and ideas on how to tackle the issues they're facing.

Speaker(s) Bio:
In his career at Award-winning visual effects and animation studio Animal Logic, Aidan Sarsfield has spent almost 20 years manipulating cutting edge technology to meet the creative needs of large-scale CGI pipelines. Having joined the company's film division in 1999 following a successful career as a freelance industrial designer, his credits include The LEGO® Batman Movie, The LEGO® Movie, Legend of the Guardians: The Owls of Ga'Hoole, Happy Feet, Matrix: Reloaded and Moulin Rouge! As Head of Production Technology, Aidan’s key focus is on the ongoing evolution of the Animal Logic VFX and Animation pipelines. He has a keen interest in emerging technologies especially those that could impact storytelling or fundamentally change the way we collaborate. From the developing fields of VR and AR, to the possibilities that lie in the crossover between artificial intelligence and creativity, Aidan is passionate about how creative teams and technology combine to undertake large-scale creative endeavors.

Ernest Petti is Studio CG Supervisor at Walt Disney Animation Studios. In this role he acts as a bridge between Production and Technology for long-term strategic initiatives, orchestrating the initiatives and projects of the Workflow team and uniting them to fit within the studio’s vision for workflow. Prior to this he served as Technical Supervisor on "Ralph Breaks the Internet" (2018) and the 2016 Oscar-winning feature "Zootopia". Ernest joined Disney in 2000 as a software engineer in the Technology group and has served as a supervisor in Lighting, Look Development, and Tactics. Credits include 2014's Oscar-winning feature "Big Hero 6", as well as "Wreck-it Ralph" (2012), "Tangled" (2010), and "Bolt" (2008). Ernest was born and raised in Cleveland, Ohio. He earned a Bachelor of Science in physics from John Carroll University and Master of Science in computer science from the University of Iowa. He lives in Burbank with his wife and three kids, puppy, and albino corn snake.

Mark Hills is the Head of Systems development at Framestore. His interest in large scale rendering began as a teenager in the 1990s, by finding the components of 50 PCs in a skip and turning them into a working renderfarm with custom software. Mark has a PhD in Computer Science from the University of Nottingham, with his thesis in computer vision.

Phil Pham is a Computer Graphics Technology Supervisor with ILM Singapore. He has been with the company for over 10 years now and has been in the industry for over 15. He's worn many hats while working at ILM. Working his way from Senior Compositor on Avengers to Stereoscopic Supervisor on Transformers 3, CG Supervisor on The Great Wall and to his current role as CGTechSupe. As a CGTechSupe, one of his areas of focus is compositing. He works closely with the other ILM facilities to find ways to work most effectively and to ensure that they can complete the challenging visual effects that our clients demand.

Renee Tam first joined Pixar Animation Studios in 2006 as a shading technical director on Disney•Pixar’s Academy Award®-winning feature film “WALL•E”. She also worked on the stereo development team to help figure out the stereo pipeline for Pixar. She then transitioned to roles as both rendering and lightspeed technical director on “Toy Story 3”, “Brave”, “Monsters University”, “The Good Dinosaur”, “Finding Dory”, “Coco”, and "Incredibles 2", she has also worked on many Pixar shorts. She has led the lightspeed teams for "The Good Dinosaur" and “Coco.” Tam's most recent role is lightspeed lead on the new Pixar's movie "Onward". As the lightspeed lead, Tam oversees a group of lightspeed technical directors, the lighting team and works with other department leads, tools and research to resolve any technical issues that present themselves during production. She also focuses on assisting the lighting and rendering department to make sure the tools and pipeline are efficient and without technical problems.

Chris King is a pipeline development lead at Weta Digital. Chris got his start in graphics working on the Vectrex Home Arcade System in the early 80s. Chris joined Pixar before Toy Story and was there through Incredibles 2. He developed software for rendering, animation, lighting and FX. He played FX artist on Ratatouille, Wall-e, Cars 2 and Incredibles 2. Chris joined Weta last April and currently leads a team building USD based pipelines.

Louis-Daniel is a CG Supervisor at Weta Digital. His background combines a unique blend of electrical engineering, fine arts and computer animation. His experience ranges from commercials, to feature animation and film. He previously worked for BUF, Pixar Canada, Image Engine, and Sony Imageworks. He joined Weta Digital in 2014. His credits with Weta includes The Hobbit 3, Batman vs Superman, The BFG, Jungle Book, Spectral, War for the planet of the apes, Valerian, Marvel Avengers 2. His current role taps closely into Weta's strong RnD culture, contributing to pipeline, tooling and cross-department workflows. 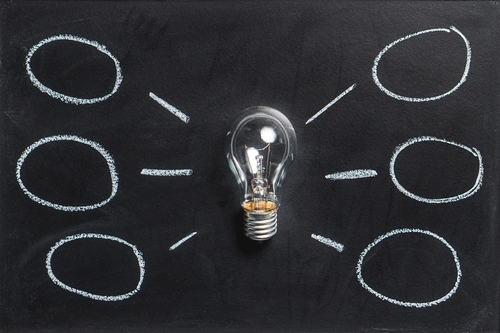