Abstract: Augmented Reality (AR) has the ability to enhance the experience of on-site spectators at live sport events. We investigate challenges that come with applying AR for such an environment.

Tobias Langlotz, University of Otago, New Zealand
Tobias Langlotz is an Associate Professor at the University of Otago. Tobias was previously a senior researcher at the Institute for Computer Graphics and Vision (Graz University of Technology, Austria) where he also obtained his PhD. Tobias main research interest is Vision Augmentations and Computational Glasses utilizing AR technology, spontaneous interaction for wearable AR systems, and nomadic mobile telepresence solutions, where he works at the intersection of HCI, Computer Graphics, Computer Vision and Ubiquitous Computing.

Moritz Loos, University of Otago, New Zealand
Moritz is a research intern at the Visual Computing Otago group. His work included vision-based player tracking and the implementation of AR prototypes for sport experiences for Smartphones and HoloLens. Aside from AR his passion is Virtual Reality.

Wei Hong Lo, University of Otago, New Zealand
Wei Hong Lo is currently a PhD student at the University of Otago, majoring in the field of Augmented Reality Sports Visualization and Human-Computer Interaction (HCI). Prior to his PhD, he graduated from the University of Nottingham Malaysia Campus in Software Engineering in 2017, where he obtain interest in the field of HCI and visualization. He then proceeded as a research assistant and was involved in projects such as developing interactive exhibits for museums and exhibitions. 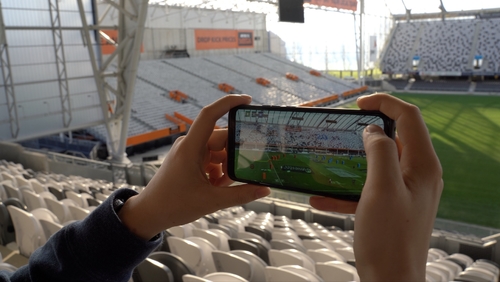 Abstract: In this talk, we present a simple, but effective solution to create virtual window effects for dark ride attractions. It makes the user experience much more realistic and immersive. 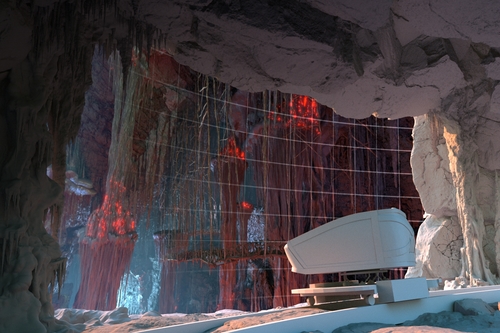 Abstract: An embedded concave micromirror array (ECMMA) is used as the optical array in a light field near-eye display (NED). Using the ECMMA preserves the image quality of the background scene.

Reynald Hoskinson, Form Athletica Inc., Canada
Reynald Hoskinson is VP Technology at Form. He has a Ph.D. in Electrical and Computer Engineering, and a Masters in Computer Science from the University of British Columbia, and a B.A. from McGill University, Canada. His current interests are machine learning, freeform optics for head mounted displays, and swimming.

Speaker(s) Bio: Jonas Trottnow, Filmakademie Baden-Württemberg, Germany
Jonas Trottnow joined the R&D team of Filmakademie Baden-Württemberg in 2018. He studied Media Computer Science at the University of Tübingen (BSc), his Bachelor Thesis was already written in cooperation with the Filmakademie. He finished his studies with a Master Degree (MSc) in Visual Computing at the Saarland University. His work focuses on software development in the areas of computer vision, computer graphics and deep learning. The edge between computer science and film productions is his main interest. Besides he was working as camera operator and in different positions in the post production for documentary films.

Simon Spielmann, Filmakademie Baden-Württemberg, Germany
Simon Spielmann is part of the R&D Department at the Animationsinstitut with focus on software development, real-time graphics and VR. In 2009, he graduated from Bauhaus-University Weimar as Media Scientist and Mathematician. He started his career as a freelance software developer in 2006, three years later he joined the research team at Animationsinstitut. Today, Simon is the Principal Engineer at Filmakademie Baden-Württemberg. He is also responsible for the scientific counselling and supervision of the Technical Director Course at the Animationsinstitut.

Thorsten Herfet, Saarland Informatics Campus, Germany
Thorsten Herfet is full university professor at the Saarland Informatics Campus, Germany. Prior to his appointment (2004) he has been with Grundig AG and Intel Corp. In his carrier Thorsten published more than 150 papers, holds more than 15 patents and has led several large scale collaborative research projects. He served as the Dean for Mathematics and Computer Science 2006-2008, as the University's Vice President Research and Technology Transfer 2014-2017 and as the Director of Research and Operations of the Intel Visual Computing Institute 2009-2017. Thorsten’s research is on Cyber-Physical Networking, Latency and Resilience-Aware Streaming, Computational Videography and High Mobility.

Pavel Zemcik, Brno University of Technology, Czech Republic
Pavel Zemcik is a full professor and the dean of the Faculty of Information Technology, Brno University of Technology, Czech Republic. His research interests include hardware-accelerated image and video processing, computer vision and computer graphics, GPU-powered computing, machine learning, and human-computer interaction. He authored more than 70 papers in journals and conference proceedings.

Weston Aenchbacher, Trinity College, Dublin, Ireland
Weston Aenchbacher is a postdoctoral research fellow in the School of Computer Science and Statistics at Trinity College Dublin. Weston received his PhD in Electrical Engineering from Drexel University in 2009. Weston’s primary research area is light fields and computational imaging, exploring how hardware properties can be used to improve imaging and graphical results. He previously performed research in Terahertz spectroscopy while studying physics at Georgia Institute of Technology (BS) and University of St. Andrews/Heriott-Watt (MSc).

Martin Alain, Trinity College, Dublin, Ireland
Dr. Martin Alain is a postdoctoral researcher with the V-SENSE project in Trinity College Dublin since 2016. He received the Master’s degree in electrical engineering from the Bordeaux Graduate School of Engineering (ENSEIRB-MATMECA), Bordeaux, France in 2012 and the PhD degree in signal processing and telecommunications from University of Rennes 1, Rennes, France in 2016. As a PhD student working in Technicolor and INRIA he explored novel image and video compression algorithms. His current research topic involves light field imaging, and his research interests lie at the intersection of signal and image processing, computer vision, and computer graphics.

Aljosa Smolic, Trinity College, Dublin, Ireland
Prof. Smolic is SFI Research Professor of Creative Technologies at Trinity College Dublin (TCD). Before that, he was with Disney Research Zurich, and with Fraunhofer HHI, Berlin, also heading research groups, while he was also adjunct lecturer at ETH Zurich and TU Berlin. Prof. Smolic served as Associate Editor of the IEEE Transactions on Image Processing and the Signal Processing: Image Communication journal. He was Guest Editor for the Proceedings of the IEEE and other scientific journals. His research group at TCD, V-SENSE, is on visual computing, combining computer vision, graphics and media technology.

Trevor Canham, Universitat Pompeu Fabra, Spain
Trevor Canham is a research engineer working in the Image Processing for Enhanced Cinematography group at the Universitat Pompeu Fabra in Barcelona, Spain. In 2018 he graduated with a Bachelor of Science in Motion Picture Science from the Rochester Institute of Technology in Rochester, New York. There he held positions at multiple post production facilities and delivered an undergraduate thesis on the effects of colored ambient illumination on image appearance on mobile displays. This led to a seamless transition into his current position where he continues to study methods for managing content appearance across different workflow stages and delivery destinations.

Olivier Vu-Thanh, Universitat Pompeu Fabra, Spain
Olivier Vu-Thanh obtained his B.Sc. in Engineering Sciences from the Institut Nationale Polytechnique de Grenoble, France in 2019. He is currently finishing his M.Sc in signal and image processing. His research interests extend over the areas of energy, environment and health.

Javier Vázquez-Corral, Universitat Pompeu Fabra, Spain
Javier Vazquez-Corral received the Ph.D. degree in computer science from the Universitat Autònoma de Barcelona (UAB), Bellaterra, Spain, in 2011. He is a Postdoctoral Fellow with the Department of Information and Communication Technologies at Universitat Pompeu Fabra (UPF) in Barcelona. His research interests are related to the use of color in image processing and computer vision problems. He is also interested in bridging the gap between color in the human brain and its use in computer-vision applications.

Marcelo Bertalmío, Universitat Pompeu Fabra, Spain
Marcelo Bertalmío received the Ph.D. degree in electrical and computer engineering from the University of Minnesota in 2001. He is a Full Professor at University Pompeu Fabra in Barcelona, Spain. Since 2012 he has been working on high dynamic range and wide color gamut imaging problems for cinema, and his favourite movies are the standard dynamic range and black and white films of Ernst Lubitsch and Luis Buñuel. His current interests are in the application of vision science to cinema and in using the know-how of cinema professionals in order to improve vision models. 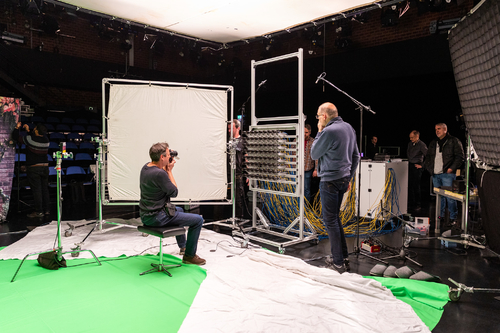